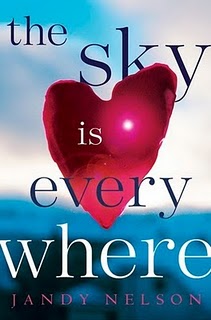 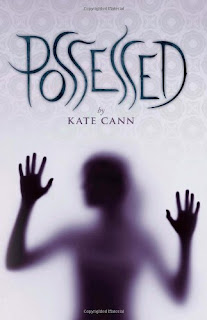 Borrowed (from Library)
I'm really excited for both books (and I've been waiting for like, 3 months?, for the books to come.) In addition, I've finished Inside Out, so I'll try to have that review up ASAP (I'm just getting lazier and busier by the minute. What books did you get?
Posted by Tuning Into YA Books at 7:25 AM 8 comments: Links to this post 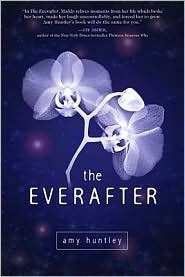 Borrowed from Library (To Be Read)
I've read the synopsis and I'm so excited to start reading this! What books did you get? Post a link in your comment. And sorry for being so sporadic in my posting. I've been really  busy with school and SATs, and I don't know when that will come to a pause (Where's winter break?!)
Posted by Tuning Into YA Books at 7:40 AM 6 comments: Links to this post 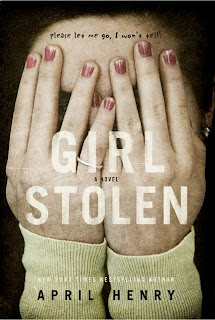 Sixteen year-old Cheyenne Wilder is sleeping in the back of a car while her mom fills her prescription at the pharmacy. Before Cheyenne realizes what's happening, their car is being stolen--with her inside! Griffin hadn’t meant to kidnap Cheyenne, all he needed to do was steal a car for the others. But once Griffin's dad finds out that Cheyenne’s father is the president of a powerful corporation, everything changes—now there’s a reason to keep her. What Griffin doesn’t know is that Cheyenne is not only sick with pneumonia, she is blind. How will Cheyenne survive this nightmare, and if she does, at what price?

Girl, Stolen is a chilling and suspenseful story, with a little peek of romance. However, intertwined is the heartwarming story of a world darkened eternally for a teenage girl.

What Griffin thought was a fatal mistake becomes a fortune, as he and his father discover Cheyenne is the daughter of Nike. But as the risks grow to release Cheyenne, Cheyenne’s fate becomes uncertain, and only one person can help her.

The suspense and the fearful aura Henry creates with Griffin’s father, Roy, and the environment Cheyenne is forced into made me turn the pages madly and finished this book in two sittings (it was only two because I had a lot of homework). The ending and the surprise attack (keeping my mouths sealed) just kept me at the edge of my seat. Griffin’s kindness and his care for Cheyenne was juxtaposed against the pure meanness of Roy and his cronies, which really created this twisted romance and the intertwining of their fates.

There are a lot of flashbacks into Griffin’s and Cheyenne’s past, which developed the majority of their characters. However, there was too much of a ‘telling’ and didn’t transition well when the time frame changed. For example, more interaction and dialogue between Griffin and his mother could really drive the sorrow of the ending and Griffin’s innate kindness. Also, Cheyenne’s incident in which she becomes blind and her relation with her first mother, would have created a nice emphasis and the hardships of trying to adjust to her blindness.

The chapters switching the point of view was executed successfully, since it wasn’t confusing to follow and smoothly brought the reader to create this balance between the characters. However, I really wished that Henry switched between Cheyenne and Griffin at the end. The ending, like always, just left me craving for more and was way too much of a cliffhanger.

I thought the cover really showed the vulnerability and portrayed Cheyenne’s ultimate fear and her terror under the brave façade she shows. In addition, I also love the glass breaking apart at the end, because not only does it represent the glass that helps Cheyenne escapes with, but also shows how everyone’s innate violent nature.

The unique premise and the page-turning suspense, along with the thoughtful way Henry clearly portrays and illustrates Cheyenne’s journey to adjust to being blind creates a story that’s not only adventurous and a thriller, but also emotional with the past Henry builds.
Posted by Tuning Into YA Books at 9:36 AM No comments: Links to this post

So I mentioned before that I went to Suzanne Collin's Mockingjay fan signing event :)
So my friend and I went, running straight from school, so excited as we were both Hunger Game die hard fans :D.

Luckily we didn't have to wait too long to get our book signed and I was literally shaking with excitement when I actually took a picture with Suzanne Collins and got to ask her some questions about the book. Here are some pictures I wanted to share of her "autograph" (she gets hand strains so she used a stamp, which I was still satisfied with) and some goodies Scholastic was nice to give out :) 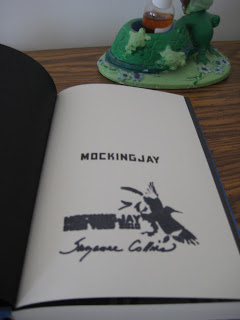 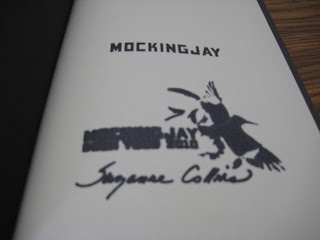 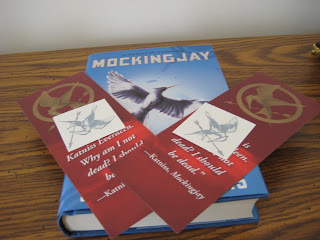 Posted by Tuning Into YA Books at 8:41 AM No comments: Links to this post